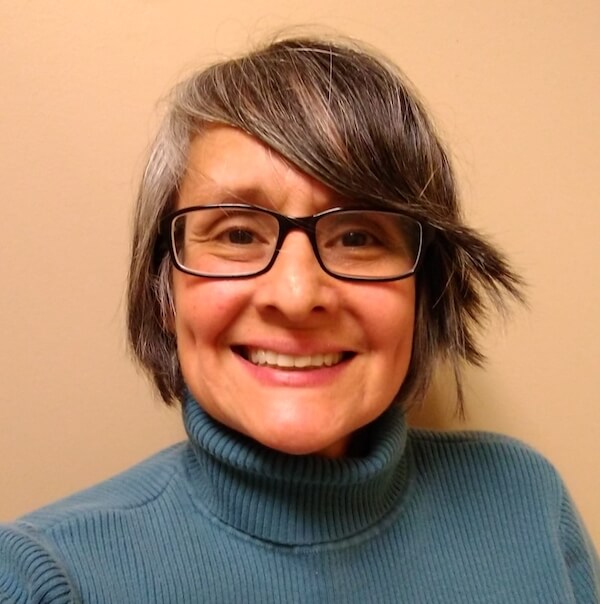 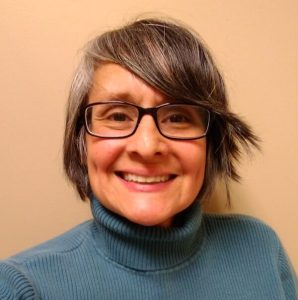 Mariquita Solis is a Vegan Empowerment Coach who transforms the personal and professional lives of her clients. Mariquita spent many years in self sabotaging relationships that were detrimental to her health and self esteem.  Her mantra, “What is wrong with me?” has been replaced with “What is right with me?”  She spent more than 40 years in battle with herself working to silence her inner voice and power.

She fell into patterns of living her life for others and putting her needs last. It was not until she acknowledged the cries of her inner child that her life changed. She took back her Power and her Voice to step up for all living beings and Mother Earth.

Mariquita is a proud vegan, animal and earth activist. She is a weDIDit.health Founding Ambassador.  Mariquita uses her voice to speak up for herself and animals. She has a two-year-old part chihuahua rescue, Louie, who she spends her precious time with.   She volunteers at the Chattahoochee Nature Center, Canine CellMates, and is the leader of Unity North’s Animal Ministry, Praying Paws.

The Pathway to Vegan Peace and Empowerment

An article from Vegan Pulse

Making-a-Change-in-the-World-Power-and-Love
Forgot Password
Please Login
We use cookies on our website to give you the most relevant experience by remembering your preferences and repeat visits. By clicking “Accept All”, you consent to the use of ALL the cookies. However, you may visit "Cookie Settings" to provide a controlled consent.
Cookie SettingsAccept All
Manage consent

This website uses cookies to improve your experience while you navigate through the website. Out of these, the cookies that are categorized as necessary are stored on your browser as they are essential for the working of basic functionalities of the website. We also use third-party cookies that help us analyze and understand how you use this website. These cookies will be stored in your browser only with your consent. You also have the option to opt-out of these cookies. But opting out of some of these cookies may affect your browsing experience.
Necessary Always Enabled
Necessary cookies are absolutely essential for the website to function properly. These cookies ensure basic functionalities and security features of the website, anonymously.
Functional
Functional cookies help to perform certain functionalities like sharing the content of the website on social media platforms, collect feedbacks, and other third-party features.
Performance
Performance cookies are used to understand and analyze the key performance indexes of the website which helps in delivering a better user experience for the visitors.
Analytics
Analytical cookies are used to understand how visitors interact with the website. These cookies help provide information on metrics the number of visitors, bounce rate, traffic source, etc.
Advertisement
Advertisement cookies are used to provide visitors with relevant ads and marketing campaigns. These cookies track visitors across websites and collect information to provide customized ads.
Others
Other uncategorized cookies are those that are being analyzed and have not been classified into a category as yet.
SAVE & ACCEPT
What is the PlantStand Community?

The PlantStand Community is a group of people just like you. People who want what’s best for their health and their future, and are committed to making that happen.

They know that the best way to transform ourselves is with support. And we are here for you too.

The plant based food movement is renewed and empowered through other like-minded people. People who become the gateway to overcoming the difficulties that arise when moving towards a plant-based diet.

The names here are a support line, a way to keep moving.

BE A PART OF THE PLANT-BASED COMMUNITY

The Daily Inspiration is three unique snippets of useful information designed to inform and inspire you just when you need it most: every day!

The sections are defined this way:

Head: Plant-based lifestyle related. Ready to build into your day.

Heart: Spirituality and wellness related. Take a deep breath and listen to your inner voice.

CHECK BACK TOMORROW FOR A NEW ROUND OF INSPIRATION

“Throughout human history, all large, successful populations of people have obtained the bulk of their calories from starch.”

“If you are not willing to risk the unusual, you will have to settle for the ordinary.”

Scan the nutrition label of your desired hummus to see if the brand you’re looking at overdoes it on sodium. You should be aiming for hummus that has around 80 mg of sodium or less per 2 tbsp serving.